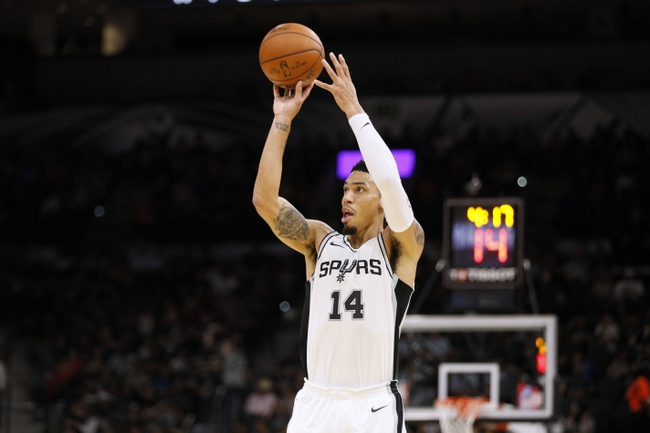 The San Antonio Spurs pay a visit to the Sacramento Kings at the Golden 1 Center on Saturday night.

The San Antonio Spurs have split their last six games and they will be hoping to bounce back after having their three-game win streak snapped by the Jazz in a 100-89 road loss on Thursday. Bryn Forbes led the team in scoring with 12 points while Tony Parker, Patty Mills and LaMarcus Aldridge chipped in with 11 points each. As a team, the Spurs shot 43 percent from the field and 10 of 21 from the three-point line but they just couldn’t hang with the Jazz in the final 7:00 where they were outscored by 18-8. Kawhi Leonard listed as probable for Saturday while Pau Gasol and Danny Green have been listed as questionable. With the loss, San Antonio dropped to 22-11 overall and 7-9 on the road.

Meanwhile, the Sacramento Kings have won three of their last five games and they will be gunning for a third straight win after sneaking past the Nets in a 104-99 road win on Wednesday. George Hill led the team in scoring with 22 points, Zach Randolph added 21 points on eight of 11 shooting while Bogdan Bogdanovic chipped in with 14 points. As a team, the Kings shot 48 percent from the field and seven of 19 from the three-point line as they held on for the narrow win after leading by as many as 21 points. With the win, Sacramento improved to 11-20 overall and 6-13 on the road.

The Spurs have been a bit shaky lately as the slew of injuries continue to test their depth, but they will be buoyed with the return of Leonard to the starting lineup. The Kings have been playing well lately, but you just don't know what you're going to get from them on a nightly basis. The road team has covered in 10 of the last 15 meetings and I expect that trend to continue as the Spurs rarely lose two in a row.