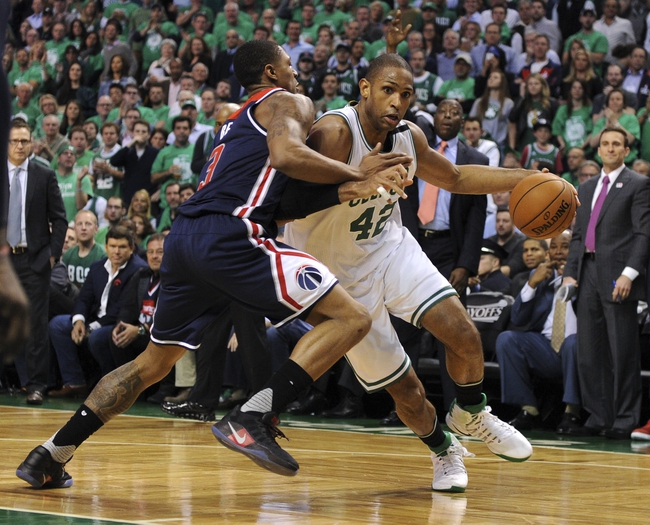 The Washington Wizards and the Boston Celtics do battle at the TD Garden on Christmas Day.

The Washington Wizards have won four of their last six games and they will be pretty high on confidence after blowing away the Magic in a 130-103 win on Saturday. Mike Scott led the team in scoring with 18 points off the bench, Otto Porter Jr and Bradley Beal added 17 points each while John Wall steered the offense with 10 points and 13 assists. As a team, the Wizards shot 54 percent from the field and 16 of 30 from the three-point line. After getting blown out by the Nets in their last outing, the Wizards made sure to come out firing and never looked back after dominating the first half by 72-48. With the win, Washington improved to 18-15 on the season and 10-6 at home.

Meanwhile, the Boston Celtics have won three of their past five games and they will be looking to stay hot after routing the Bulls in a 117-92 home win on Saturday. Kyrie Irving led the way with 25 points and seven assists, Jaylen Brown added 20 points while Jayson Tatum chipped in with 13 points and five assists. As a team, the Celtics shot 48 percent from the field and 12 of 32 from the three-point line as they blew away the Bulls in the third quarter by 38-18 to take a 22-point lead going into the fourth quarter. With the win, Boston improved to 27-9 overall and 14-4 at home.

The Wizards looked great in their blowout win over the Magic, but the Celtics continue to win games on a nightly basis, especially at home where they have won 14 of 18 games. The home team has covered in 13 of the last 16 meetings and I think that trend continues tonight as the Celtics get the win and cover in this one.