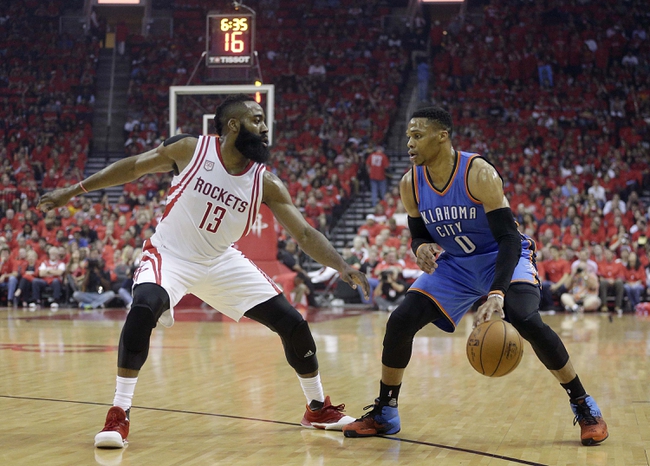 The Houston Rockets are still a little banged up right now and are coming off back-to-back losses to lesser teams as big favorites. Meanwhile, the OKC Thunder are slowly starting to figure things out, and while not winning pretty, they're starting to win with consistency. The Thunder are also 3-0 ATS this season when an underdog. OKC plays its best ball by far at home and has a history of stepping up big when the lights shine bright. Look at what the Thunder did to the Warriors for your latest example. I'm going to take my free buckets with the Thunder at home.