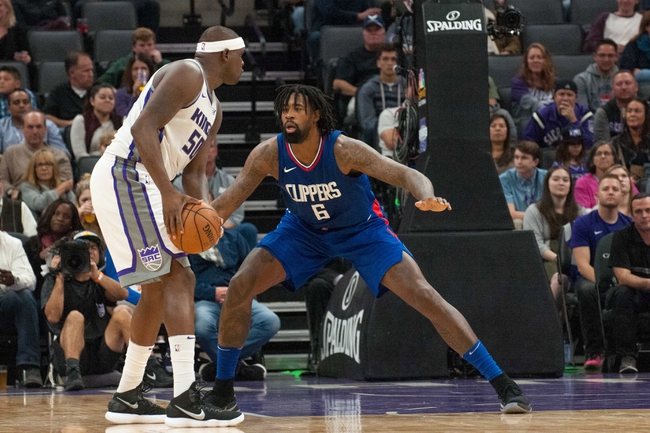 The Los Angeles Clippers play host to the Sacramento Kings at the STAPLES Center on Tuesday night.

The Sacramento Kings have split their last eight games and they were going for a third straight win until they ran into the Spurs who beat them by 108-99 on Saturday. Buddy Hield led the team with 24 points on nine of 17 shooting, Willie Cauley-Stein added 22 points with 11 rebounds while Bogdan Bogdanovic chipped in with 15 points on six of six shooting off the bench. As a team, the Kings shot 46 percent from the field and 12 of 22 from the three-point line but they were always fighting an uphill battle after the Spurs outscored them by 29-16 in the second quarter to lead by 13 points going into halftime. De’Aaron Fox missed his second straight game with a partially torn right quad and he will be re-evaluated in January. With the loss, Sacramento fell to 11-21 overall and 5-8 at home.

Meanwhile, the Los Angeles Clippers have split their last 10 games and they will be aiming to bounce back after falling to the Grizzlies in a 115-112 road loss on Saturday. Austin Rivers led the team with a career-high 38 points on 14 of 20 shooting while Lou Williams added 36 points on 10 of 23 shooting off the bench. No other players finished in double figures for the Clippers who shot 48 percent from the field and 13 of 34 from the three-point line as a team. With the loss, Los Angeles fell to 13-19 on the season and 6-12 on the road where they have lost four of their last five.

The Clippers have found a bit of life with Rivers and now Williams lighting up the scoreboards but they need more support from the rest of the team.  I think a few more players step up for the Clippers as they come away with the win, but the kings were playing some of their best basketball of the season until their loss to the Spurs, so I’m taking them with the points in a game they could easily win outright.