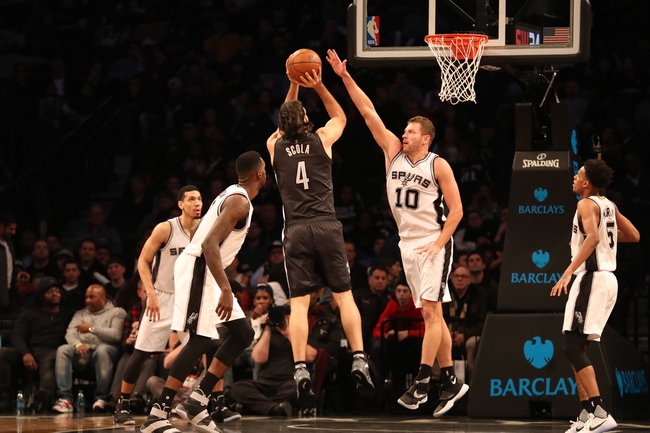 The Brooklyn Nets and San Antonio Spurs meet Tuesday in NBA action at the AT&T Center.

The history between these two teams suggests that the San Antonio Spurs should be heavy favorites, but there's value with the Nets and the points. One, the Nets have been able to compete this season and have covered six of their last seven on the road. The Nets are also 4-1 ATS this season when a double-digit underdog. The Spurs also aren't exactly lighting the world on fire, as they've been in a lot of close games recently and are only outscoring teams by four points in their last five games. Give me the points.