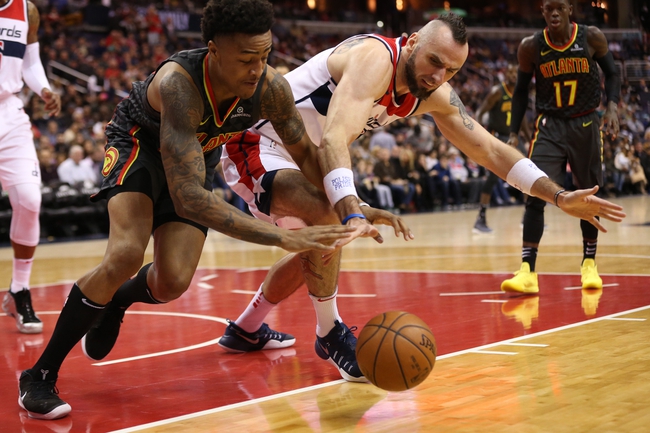 The Washington Wizards and the Atlanta Hawks collide at the Philips Arena on NBA Wednesday.

The Washington Wizards have won five of their last seven games and they will be gunning for a third straight victory after taking down the Celtics in a 111-103 road win on Christmas Day. Bradley Beal led the team in scoring with 25 points, John Wall added 21 points with 14 assists while Otto Porter Jr chipped in with 20 points on seven of 10 shooting. As a team, the Wizards shot 46 percent from the field and just six of 26 from the three-point line, but in a close game, it all went down to the fourth quarter where the Wizards went on a decisive 12-0 run in the fourth quarter to turn a five-point deficit into a seven-point lead with just 3:43 left in the game. With the win, Washington improved to 19-15 overall and 9-9 on the road.

Meanwhile, the Atlanta Hawks have lost six of their last eight games but they were able to snap a two-game skid on Saturday with a 112-107 win over the Mavericks. Dennis Schroder broke out of a bit of a minor shooting slump with 33 points and seven assists, Ersan Ilyasova added 21 points on seven of nine shooting while John Collins chipped in with 13 points off the bench. As a team, the Hawks shot 57 percent from the field and 10 of 24 from the three-point line as they dominated the second half by 64-54 to come away with the win and improve to 8-25 overall and 5-11 at home.

The Hawks pulled off a great win over the Mavericks in their last outing and they are coming into this game well-rested as they haven’t played since Saturday. However, the Wizards have been in solid form and are coming off a great win over one of the best teams in the Celtics, so they really should win this game and win easily if they want to be taken serious as contenders.