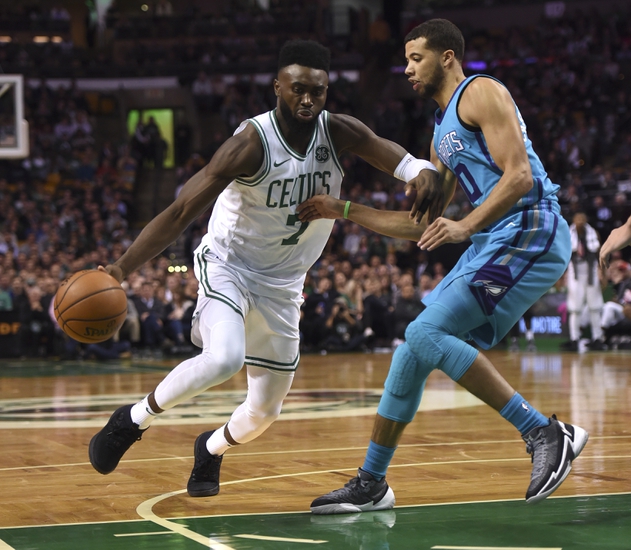 The Charlotte Hornets play host to the Boston Celtics at the Spectrum Center on NBA Wednesday.

The Boston Celtics have lost three of their last four games and they will be hoping to bounce back after losing to the Wizards in a 111-103 loss on Monday. Jayson Tatum and Kyrie Irving led the team in scoring with 20 points each, Terry Rozier added 16 points off the bench while Al Horford added 12 points with seven rebounds and six assists. As a team, the Celtics shot 48 percent from the field and 14 of 29 from the three-point line but they just couldn’t respond after the Wizards went on a decisive 12-0 run in the fourth quarter, turning a five-point lead for the Celtics into a seven-point deficit with 3:43 left in the game. With the loss, Boston fell to 27-10 overall and 14-5 at home. Jaylen Brown sat out the game and is listed as doubtful with a sore right knee for Wednesday and Marcus Morris has been ruled out.

Meanwhile, the Charlotte Hornets have lost 12 of their last 16 games but they will be feeling pretty good after beating the Bucks in a 111-106 win on Saturday. Dwight Howard led the team with 21 points and 16 rebounds, Kemba Walker added 19 points with eight assists while Frank Kaminsky chipped in with 14 points off the bench. As a team, the Hornets shot 48 percent from the field and nine of 21 from the three-point line as they rallied back from an 18-point deficit to escape with the unlikely win to improve to 12-21 overall and 10-9 at home.

The Celtics have really cooled off since their hot start to the season as the injuries to Hayward, Brown and Morris really hurt their depth stocks but they have covered in 15 of their last 21 road games while the Hornets have covered in just two of their last eight home games. These two teams last met on Nov 10 and it was the Celtics who won by 90-87 without Irving who left the game after two minutes with a facial fracture. With that being said, I’m sticking with the Celtics to come away with the win and cover again.