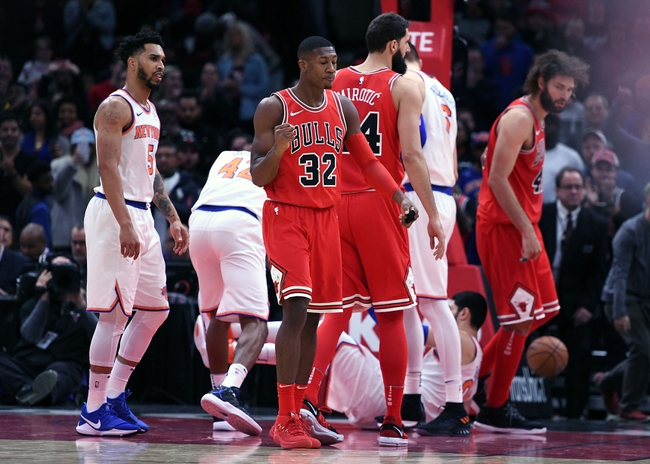 The New York Knicks and Chicago Bulls meet Wednesday in NBA action at the United Center.

Don't look now, but the Chicago Bulls are playing some decent basketball and are one of the hotter teams in the league now that they're healthy. The Bulls have a little pep in their step and are coming off a game in which they torched the Bucks for 115 points. The New York Knicks aren't the same team on the road as they are at home and the record ATS isn't much better. You have to play the trends here and ride the hot hand. In a toss-up game, I'm siding with the Bulls on their home court.