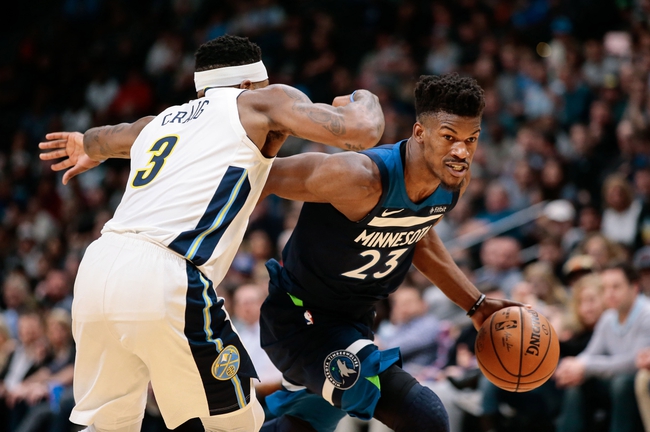 The Denver Nuggets and the Minnesota Timberwolves duke it out at the Target Center on Wednesday night.

The Denver Nuggets have won five of their past eight games and they will be looking to build on their current three-game win streak after last night’s 107-83 home win over the Jazz. Jamal Murray led the team with 22 points, Trey Lyles added 16 points off the bench while Wilson Chandler and Gary Harris each scored 15 points. As a team, the Nuggets shot 48 percent from the field and 11 of 30 from the three-point line but credit this win to their defense as they held the Jazz to just 32 percent shooting and 10 of 35 from the three-point line. With the win, Denver improved to 19-15 overall and 12-3 at home.

Meanwhile, the Minnesota Timberwolves have won eight of their last 11 games and they will be gunning for a fifth straight win after cruising past the Lakers in a 121-104 road win on Christmas Day. Jimmy Butler steered the offense with 23 points and eight assists, Taj Gibson added 23 points on an efficient 11 of 13 shooting, Karl-Anthony Towns added 21 points with 10 rebounds while Jamal Crawford chipped in with 19 points in just 19 minutes off the bench. As a team, the Timberwolves shot a sizzling 58 percent from the field and 11 of 32 from the three-point line as they dominated the fourth quarter by 38-24 to win easily after leading by just three points after three quarters. With the win, Minnesota improved to 21-13 overall and 10-7 on the road where they have now won four straight.