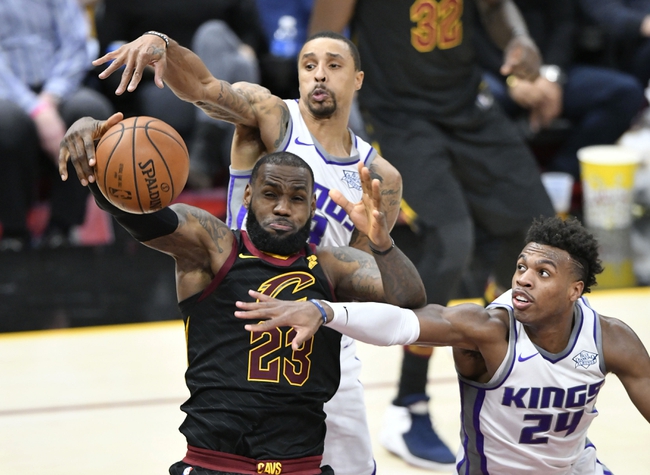 The Cleveland Cavaliers and Sacramento Kings meet Wednesday in NBA action at the Golden 1 Center.

The Sacramento Kings are playing some bad basketball at the moment and playing on the end of a back to back doesn't help. The Cleveland Cavaliers are also going to be eager to get that taste out of their mouth after feeling like they were robbed against Golden State. However, the Cavs are 0-11 ATS this season when considered a double-digit favorite, and while the line isn't quite at a full 10 at the time I posted this, it's close enough. That's a strong trend. So, I'll go ahead and take the points with the Kings on their home court.