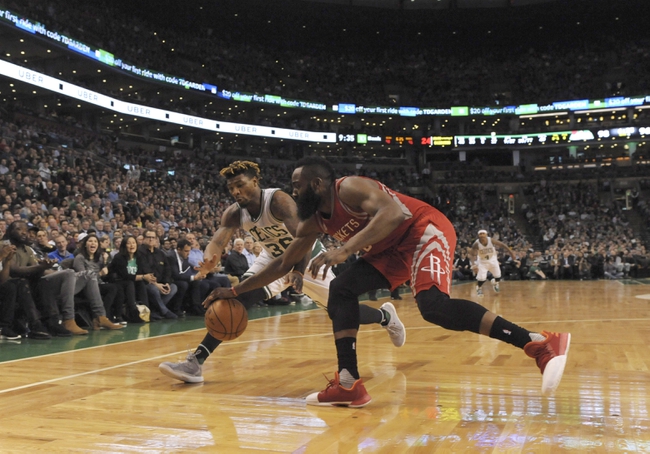 The Houston Rockets and Boston Celtics meet Thursday in NBA action at the TD Garden.

The The Houston Rockets are still a banged up basketball team and have lost three in a row. The Boston Celtics may be on the end of a back to back, but they're somewhat healthy, have the defense to give the Rockets some fits, and they seem to take their game to another level when they respect the team they're playing. With Capela out and CP3 questionable / doubtful, I don't like the Rockets as much. I'll take the Celtics and the free bucket on their home court.