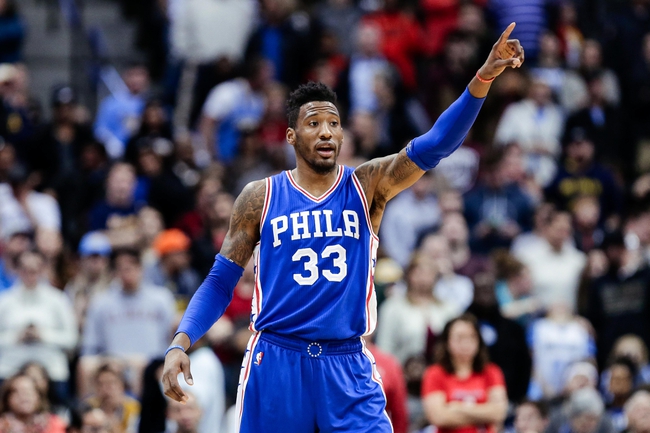 The Denver Nuggets play host to the Philadelphia 76ers at the Pepsi Center on Saturday night.

The Denver Nuggets have split their last six games and they will be hoping to bounce back after falling to the Timberwolves by 128-125 in overtime on Wednesday. Will Barton led the team with 28 points, Trey Lyles added 23 points, Nikola Jokic had 22 points while Jamal Murray chipped in with 21 points. As a team, the Nuggets shot 46 percent from the field and 15 of 39 from the three-point line but they just had no answer for the Timberwolves’ Jimmy Butler who scored 12 of his team’s 14 points in the overtime period to snatch the game. With the loss, Denver falls to 19-16 overall and 7-13 on the road.

Meanwhile, the Philadelphia 76ers have lost six of their last seven games and they will be hoping to bounce back after falling at Portland in a 114-110 loss on Thursday. Joel Embiid led the way with 29 points, Dario Saric added 25 points while Ben Simmons chipped in with 17 points and eight assists. As a team, the 76ers shot 48 percent from the field and 16 of 32 from the three-point line, but they just fell to pieces after leading by as many as 18 points in the third quarter. Defensively, the 76ers just had no answer for the Trailblazers’ Shabazz Napier who scored 15 of his career-high 23 points in the fourth quarter. With the tough loss, Philadelphia dropped to 15-19 overall and 8-10 on the road.

Joel Embiid is being rested for this game which is obviously a big loss for the 76ers who struggle without him. With that being said, the 76ers are certainly capable of the upset and the betting trends certainly suggest that, but the Nuggets had won three straight before their overtime loss to the Timberwolves and one of those wins came against the Warriors. With that being said, I think the Nuggets should be good enough to get the win and cover at home against a shorthanded 76ers outfit.