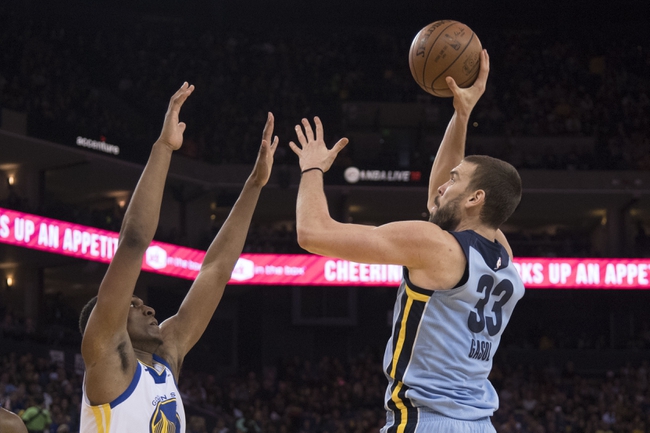 The Memphis Grizzlies and Golden State Warriors meet Saturday in NBA action at the Oracle Arena.

I've been bashing the Memphis Grizzlies hard this season and have faded them whenever I can. However, laying double-digit chalk with the Warriors isn't an option. Golden State is coming off a loss Friday night to the Charlotte Hornets and hasn't been as consistent or dominant since Curry has been gone, as they've played down to their comp. The Grizzlies are only being outscored by 0.8 points in their last five games and are a defensive first squad that has given the Warriors trouble in the past. The rest advantage also heavily favors the road team. Give me the points if forced to pick.