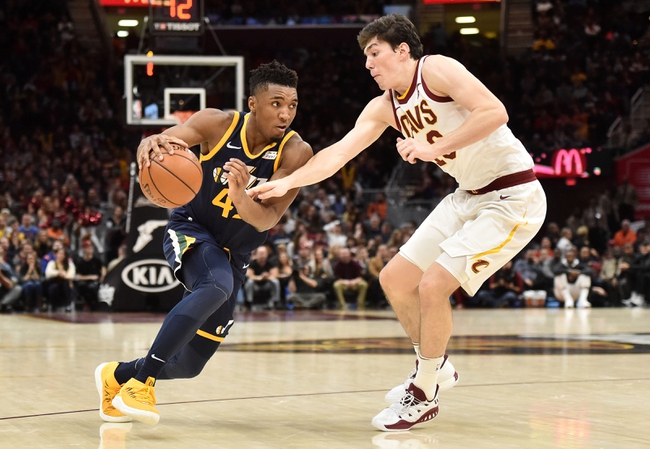 The Cleveland Cavaliers pay a visit to the Vivint Smart Home Arena to battle the Utah Jazz on Saturday night.

The Cleveland Cavaliers have really cooled off since their five-game win streak as they’ve now lost three of their last four games after losing to Kings by 109-95 on Wednesday. Kevin Love led the team in scoring with 23 points, LeBron James had 16 points with 10 rebounds and 14 assists while JR Smith chipped in with 15 points. As a team, the Cavaliers shot 43 percent from the field and 12 of 31 from the three-point line but they just had no answer for the Kings’ 40-year-old Vince Carter who poured in a season-high 24 points on 10 of 12 shooting from the bench. With the loss, Cleveland falls to 24-11 overall and 10-7 on the road where they have lost three straight.

Meanwhile, the Utah Jazz have lost six of their last seven games and they will be hoping to snap a three-game skid after getting blown out by the Warriors by 126-101 on Wednesday. Rodney Hood led the team with 26 points off the bench while Derrick Favors and Donovan Mitchell added 17 points apiece. As a team, the Jazz shot 40 percent from the field and six of 23 from the three-point line which was just never going to be enough to hang with the Warriors who exploded for 42 points in the third quarter to put the game to bed early. With the loss, Utah fall to 15-21 overall and 12-6 at home where they have lost two of their last three.

The Cavaliers are definitely stuck in a bit of a rut and they’ve now lost three straight road games. However, the Jazz haven’t been able to beat anybody lately so this just feels like a great opportunity for the Cavaliers to snag a narrow road win while the Jazz are shorthanded.