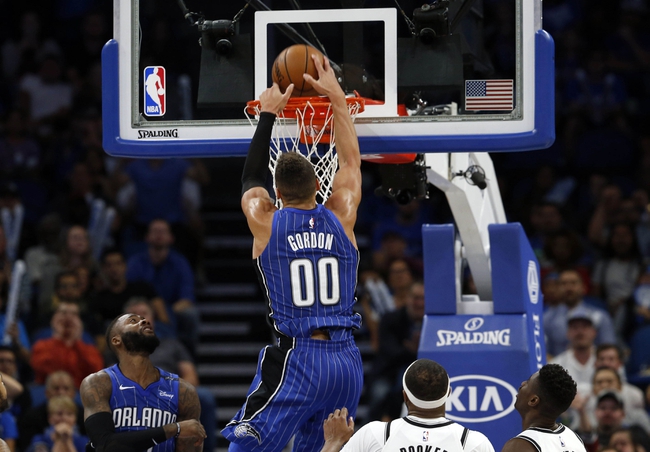 The Orlando Magic pay a visit to the Barclays Center to take on the Brooklyn Nets on New Year’s Day.

The Orlando Magic have lost 10 of their last 11 games and they will be hoping to bounce back after falling to the Heat by 117-111 on Saturday. Aaron Gordon led the way with 39 points on 14 of 22 shooting, Evan Fournier added 23 points while Elfrid Payton chipped in with eight points and 13 assists. As a team, the Magic shot a healthy 54 percent from the field and 12 of 27 from the three-point line but they still couldn’t win despite leading by as many as 18 points in the second quarter. The Magic scored 24 transition points in the first half but were held to just two in the second half where they were outscored by 67-45. With the loss, Orlando fell to 12-25 overall and 7-10 at home.

Meanwhile, the Brooklyn Nets have lost eight of their past 10 games and they will be aiming to bounce back after last night’s 108-105 loss at Boston. Rondae Hollis-Jefferson led the team with 22 points and 12 rebounds, Caris LeVert added 16 points and seven assists off the bench while Spencer Dinwiddie chipped in with 10 points and nine assists. As a team, the Nets shot just 41 percent from the field and 11 of 36 from the three-point line but they kept themselves in the game with their defense, especially in the final 4:27 where they held the Celtics without a field goal. With the loss, Brooklyn dropped to 13-23 overall and 6-13 on the road.

The Magic continue to struggle to win games and their confidence will be shot to bits after Saturday’s loss to the shorthanded Heat. The Nets haven’t exactly looked like world beaters themselves but they really took it to the Celtics last night and weren't far from pulling off the upset. The home team has covered in four of the last six meetings so I'm sticking with the Nets to get the win and cover over the Magic who just can't buy a win these days.