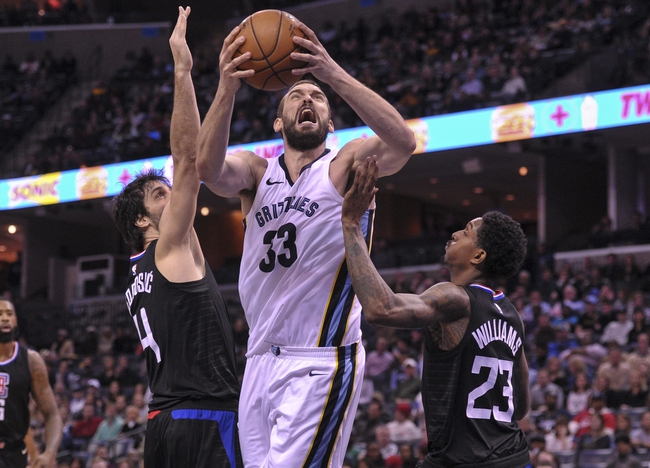 The Memphis Grizzlies and the Los Angeles Clippers duke it out at the STAPLES Center on Tuesday.

The Memphis Grizzlies have lost five of their past eight games but they will be looking to build on Sunday’s 114-96 win at Sacramento. Tyreke Evans continued his resurgent season with 26 points on 10 of 16 shooting, Jarell Martin added 11 points while James Ennis chipped in with 10 points. As a team, the Grizzlies shot 54 percent from the field and 14 of 30 from the three-point line as they never looked in danger after jumping out to a 22-point lead midway through the second quarter. With the win, Memphis improved to 12-25 overall and 5-13 on the road.

Meanwhile, the Los Angeles Clippers have won five of their last six games and they will be gunning for a fourth straight victory after taking down the Hornets in a 106-98 win on Sunday. Lou Williams drained six 3-pointers to lead the team with 40 points off the bench while Blake Griffin added 25 points and six assists in his second game back from a 14-game absence. As a team, the Clippers shot 47 percent from the field and 10 of 28 from the three-point line as they dominated the third quarter by 33-14 to set up the win after trailing by as many as 14 points in the second quarter. With the win, Los Angeles improved to 16-19 overall and 9-7 at home where they have now won five straight.

Austin Rivers is expected to return to action tonight which is great news for the Clippers who are really starting to recapture their early season form. With that being said, the Grizzlies actually won both meetings this season, including a 115-112 loss back on Dec 23, so I’m expecting another close contest. However, in the end I think the Clippers should be good enough to get the win and cover at home.