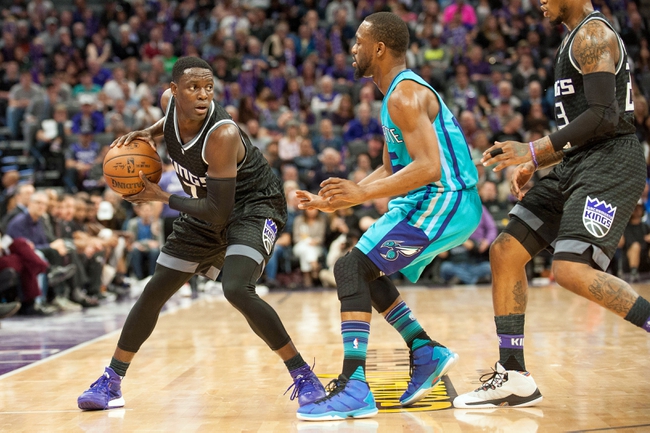 The Sacramento Kings play host to the Charlotte Hornets at the Golden 1 Center on Tuesday night.

The Charlotte Hornets have split their last six games and they will be looking to bounce back after falling to the Clippers in a 106-98 loss on Sunday. Kemba Walker led the team with 30 points on 11 of 21 shooting, Frank Kaminsky added 16 points off the bench while Jeremy Lamb chipped in with 12 points. As a team, the Hornets shot 38 percent from the field and 11 of 33 from the three-point line but they still couldn’t get the win despite leading by 14 points in the second quarter. There was just no stopping the Clippers’ Lou Williams who torched them for 40 points on 12 of 21 shooting off the bench. With the loss, Charlotte dropped to 13-23 overall and 3-13 on the road where they have lost three of their last four.

Meanwhile, the Sacramento Kings have lost four of their last five games and they will be hoping to avoid a third straight loss after falling to the Grizzlies by 114-96 on Sunday. Willie Cauley-Stein led the team with 21 points off the bench, Buddy Hield added 15 points while Garett Temple chipped in with 13 points. As a team, the Kings shot 43 percent from the field and nine of 24 from the three-point line but they were always fighting a losing battle as they never threatened after falling behind by 22 points in the second quarter. With the loss, Sacramento dropped to 12-24 overall and 6-10 at home.

The Hornets are really searching for consistency and they could really do with a win after going 5-11 in the month of December. The Kings have been even worse and they’re coming off a double-digit loss in a game where they hardly looked competitive against the slumping Grizzlies. This is a game I’d rather stay away from given how poor these teams have been, but if I had to choose, I’d stick with the Hornets even though they’ve been a poor road team all season.