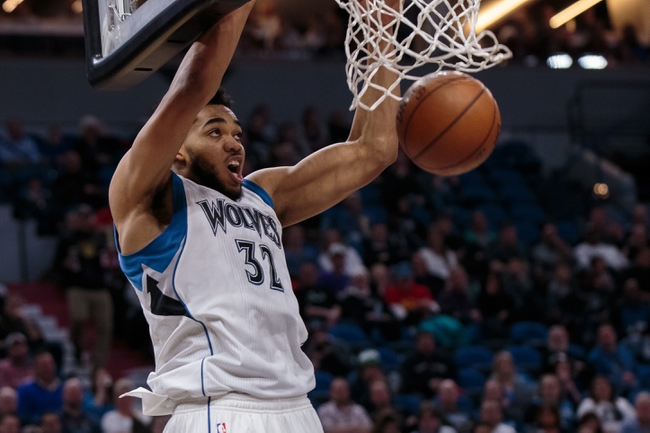 The Minnesota Timberwolves and the Brooklyn Nets duke it out at the Barclays Center on Wednesday night.

The Minnesota Timberwolves have been in great form as they have won seven of their past eight games and they will be gunning for a third straight win after blowing past the Lakers by 114-96 on Monday. Jimmy Butler led the team with 28 points and nine assists, Andrew Wiggins added 21 points while Gorgui Dieng and Karl-Anthony Towns chipped in with 17 and 16 points respectively. As a team, the Timberwolves shot 49 percent from the field and seven of 20 from the three-point line but you just knew early on that it would be an easy win as the Timberwolves stormed out of the gates to a 16-0 lead to put the Lakers on the back foot. With the win, Minnesota improved to 24-14 overall and 13-6 at home where they have won three straight.

Meanwhile, the Brooklyn Nets have lost eight of their past 11 games but they have now won two of their last three after Monday’s 98-95 win over the Magic. Jarrett Allen led the team in scoring with a career-high 16 points on seven of eight shooting, Allen Crabbe and Caris LeVert each scored 15 points while DeMarre Carroll chipped in with 14 points and 10 rebounds. As a team, the Nets shot 44 percent from the field and nine of 25 from the three-point line as they escaped with the narrow win after the Magic missed two threes in the final seconds to send the game into overtime. With the win, Brooklyn improved to 14-23 overall and 8-10 at home.

The Nets have been playing a little better than their record suggests but they’re going to have their hands full against a Timberwolves team who are definitely playing some of their best basketball of the season. The Nets are certainly capable of pulling off the upset at home but I’m sticking with the Timberwolves who have covered in five of their last six road games.