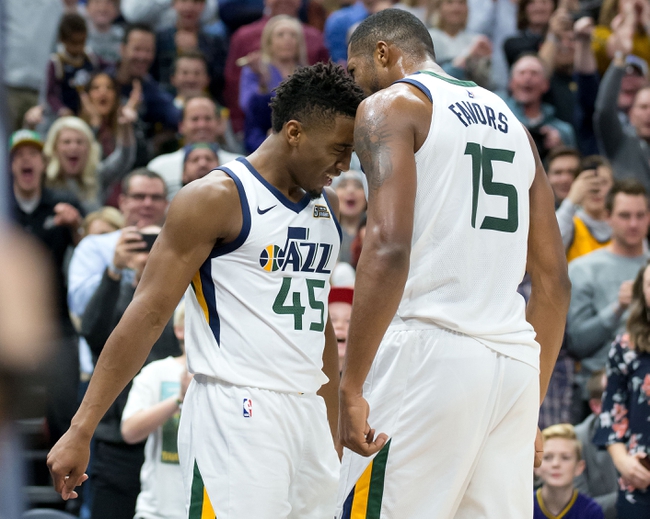 The New Orleans Pelicans invade the Vivint Smart Home Arena to take on the Utah Jazz on Wednesday night.

The New Orleans Pelicans have lost four of their last seven games and they will be hoping to avoid a third straight defeat after falling to the Knicks by 105-103 on Saturday. Anthony Davis led the team with 31 points with nine rebounds and five blocks, DeMarcus Cousins added 29 points with 19 rebounds and four assists while Jrue Holiday chipped in with 13 points. As a team, the Pelicans shot 45 percent from the field and just six of 26 from the three-point line but the Pelicans still weren’t able to come out on top despite leading by eight points with 2:57 left in the fourth quarter. With the loss, New Orleans dropped to 18-18 overall and 9-9 at home.

Meanwhile, the Utah Jazz have been in a slump as they’ve lost 10 of their past 13 games but they will be feeling pretty good after taking down the Cavaliers by 104-101 on Saturday. Donovan Mitchell led the team with 29 points, Derrick Favors added 19 points while Ricky Rubio racked up 16 points with 10 rebounds and eight assists. As a team, the Jazz shot 46 percent from the field while holding the Cavaliers to just 42 percent shooting and their defense was exceptional in the third quarter where they flipped the game with a 23-3 run before Mitchell came through in the clutch to give the Jazz a much-needed win to improve to 16-21 overall and 13-6 at home.

The Jazz have been in a slump and they will still be without Rudy Gobert for at least another two weeks, but their confidence will be sky-high after their narrow win over the Cavaliers. The Pelicans haven’t exactly been world beaters themselves but they’ve had plenty of time to stew over their narrow loss to the Knicks on Saturday, so with their two big men putting up monster numbers, they should be able to snatch a win from the Jazz while they’re still shorthanded.