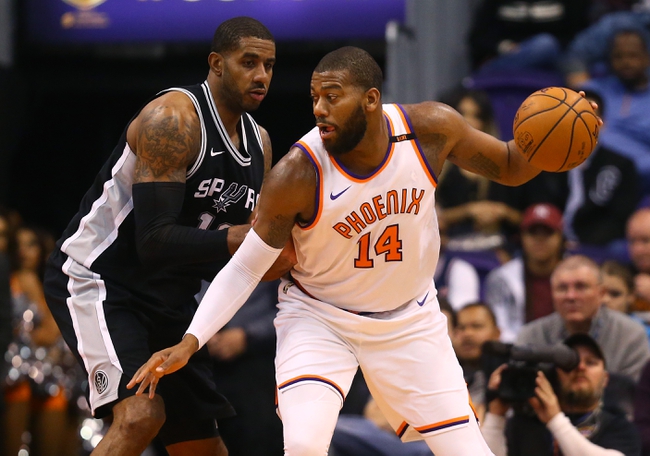 The Phoenix Suns invade the AT&T Center to take on the San Antonio Spurs on Friday night.

The Phoenix Suns have won six of their past 10 games but they will be looking to bounce back after getting routed by the Nuggets in a 134-111 road loss on Wednesday. Devon Booker led the scoring with 17 points and five assists, while Marquese Chriss and Greg Monroe each scored 16 points. As a team, the Suns shot 42 percent from the field and 13 of 35 from the three-point line as they poured in 41 points in the second quarter to take a six-point lead going into halftime, but they just couldn’t hang with the Nuggets who outscored them by 73-44 in the second half. With the loss, Phoenix dropped to 15-25 overall and 8-11 on the road.

Meanwhile, the San Antonio Spurs have been on a roll as they’ve won seven of their past 10 games but they will be looking to bounce back after falling to the 76ers in a 112-106 road loss on Wednesday. Patty Mills led the team with 26 points off the bench, LaMarcus Aldridge added 24 points with 14 rebounds while Bryn Forbes chipped in with 15 points. As a team, the Spurs shot 44 percent from the field and eight of 25 from the three-point line but they just couldn’t get over the hump despite rallying back from a 16-point deficit in the second quarter. To be fair, the Spurs did rest key players in Manu Ginobili, Danny Green, Kawhi Leonard, Tony Parker and Rudy Gay.

This is one of those games where the only variable is the margin of victory for the Spurs because they have covered in five of their last six home games and they’ve won and covered in each of their last four meetings against the Suns. This seems like a lot of points but I think the well-rested Spurs will get the job done against this Suns team who don’t like to play too much defense.