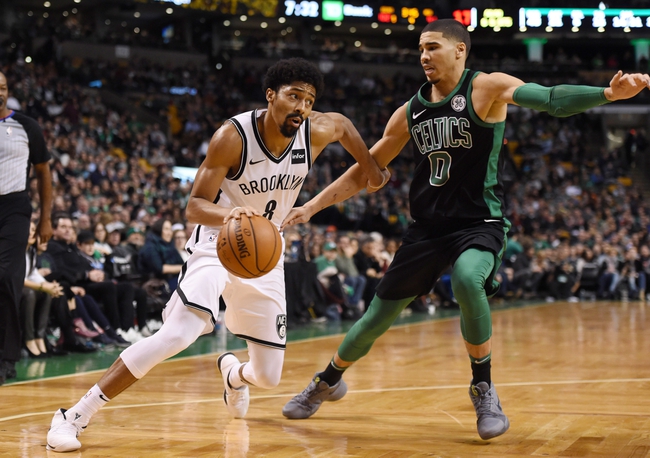 The Boston Celtics and the Brooklyn Nets duke it out at the Barclays Center on Saturday night.

The Boston Celtics have won six of their past seven games and they will be gunning for a sixth straight win after taking down the Timberwolves by 91-84 last night. Marcus Smart led the team in scoring with 18 points, Kyrie Irving added 16 points with nine rebounds and eight assists while Terry Rozier chipped in with 14 points off the bench. As a team, the Celtics hard a poor shooting night as they shot just 40 percent from the field and six of 36 from the three-point line but their defense once again set up the win as they held the Timberwolves to just 36 percent shooting. With the win, Boston improved to 32-10 overall and 18-5 at home.

Meanwhile, the Brooklyn Nets have certainly gone through their struggles this season but they’re enjoying a bit of a nice run as they’ve won three of their last four games. In Wednesday against the Timberwolves, Joe Harris had 17 points on six of seven shooting while Rondae Hollis-Jefferson chipped in with 10 points but the night belonged to Spencer Dinwiddie who capped off a 26-point performance with the game winning shot. With the win, Brooklyn improved to 15-23 overall and 9-10 at home where they’ve now won three in a row.

The Celtics were able to pull out the win last night despite having one of their worst shooting performances so they’re showing that they don’t have to rely on any one person to get the job done. However, the Celtics will be playing this one on zero days rest against a Nets team who have finally struck a bit of form. I wouldn’t be surprised at all if the Nets pulled off the upset at home, but I have to stick with the Celtics to get the win and cover this small spread.