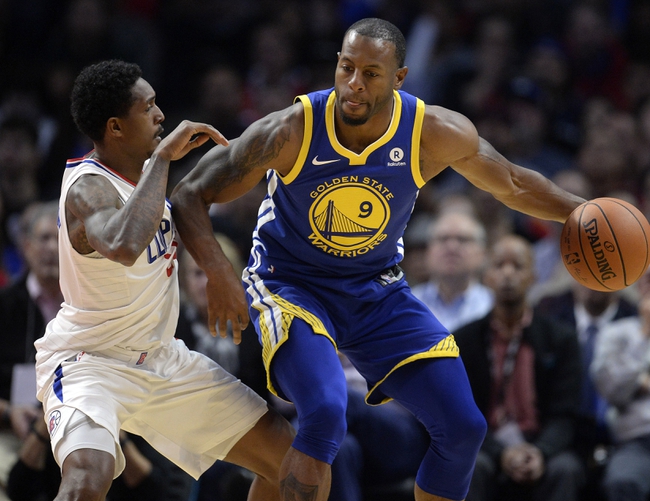 The Golden State Warriors pay a visit to the STAPLES Center to battle the Los Angeles Clippers on Saturday.

The Golden State Warriors have won five of their last six games and they will be gunning for a fourth straight win after blowing past the Rockets in a 124-114 road win on Thursday. Stephen Curry led the team with 29 points on 10 of 20 shooting, Klay Thompson drained six treys on his way to 28 points while Draymond Green finished with a triple-double of 17 points with 14 rebounds and 10 assists. As a team, the Warriors shot 43 percent from the field and 13 of 30 from the three-point line but they actually found themselves down by six points late in the third quarter before took over in the fourth quarter to run away with the game. With the win, Golden State improved to 31-8 overall and 16-3 on the road.  Kevin Durant is currently listed as questionable for Saturday.

Meanwhile, the Los Angeles Clippers have been in great form themselves as they’ve won six of their last eight games but they will be looking to bounce back after losing to the Thunder in a 127-117 loss on Thursday. Lou Wiliams and DeAndre Jordan led the team with 26 points each, Blake Griffin added 24 points with nine rebounds and seven assists while Wesley Johnson chipped in with 13 points. As a team, the Clippers shot 45 percent from the field and they were right there with the Thunder all the way until the fourth quarter where they were held to just 20 points. Milos Teodosic left the game with a right foot injury and is listed as questionable for Saturday.

The Clippers are playing better basketball as of late now that they're healthy, but there's history between Golden State and the Clippers, and the Warriors usually beat the hell out of them when they meet. In fact, the Warriors haven't lost to the Clippers in years, and the last five meetings have been decided by double digits. Have no choice but to back history here and take the Warriors in a blowout.