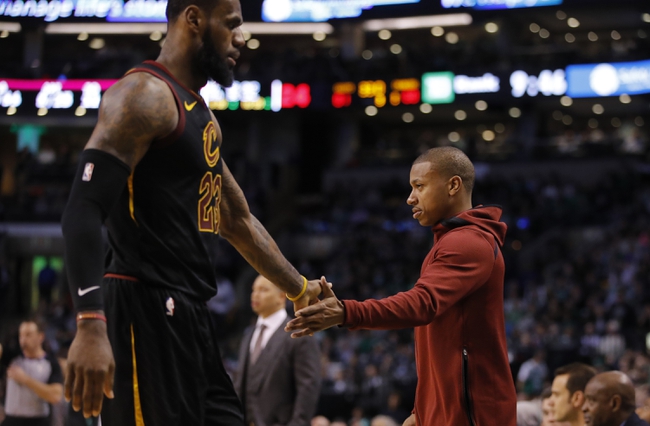 The Cleveland Cavaliers and the Orlando Magic do battle at the Amway Center on Saturday night.

The Cleveland Cavaliers have lost four of their last five games and they will be looking to bounce back after getting blown out by the Celtics in a 102-88 loss on Wednesday. LeBron James led the team with 19 points, seven rebounds and six assists, Kyle Korver drained five treys to finish with 15 points while Jeff Green chipped in with 13 points. As a team, the Cavaliers shot just 34 percent from the ffield and eight of 32 from the three-point line and to add insult to injury, they lost Kevin Love to an ankle sprain after just 21 minutes of action but he is expected to start on Saturday. The Cavaliers were playing the second night of a back to back set and came out flat which really hurt them as they never really made a game of it after falling behind by double-digits early. With the loss, Cleveland dropped to 25-13 overall and 10-9 on the road.

Meanwhile, the Orlando Magic have lost 12 of their last 13 games and they will be hoping to snap a three-game skid after losing to the Rockets in a 116-98 blowout on Wednesday. Aaron Gordon led the team with 16 points while Mario Hezonja and Elfrid Payton each scored 14 points. As a team, the Magic shot just 38 percent from the field and six of 31 from the three-point line which was never going to be good enough against the Rockets who were never relented after storming out to an early 18-6 lead. With the loss, Orlando dropped to 12-27 overall and 7-11 at home.

The Cavaliers have undoubtedly been in a slump but the big news is that Isaiah Thomas is starting in this game which is a big boost for the team. The Magic have just been stinking it up lately as they haven’t been able to buy a win but this still seems like a lot of points to be giving any team against the Cavaliers who will be trying out new lineups and rotations.