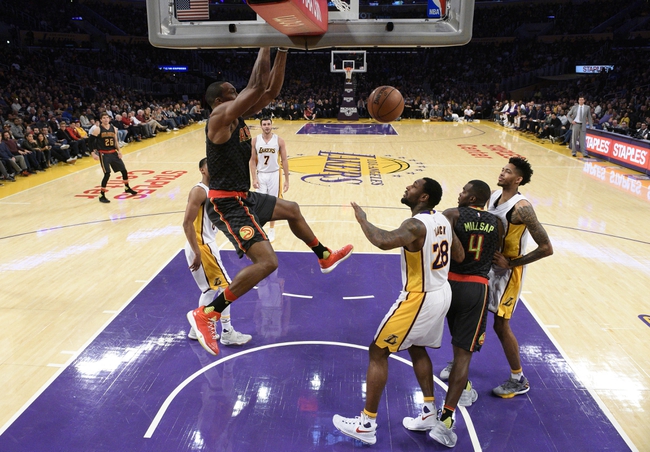 The Atlanta Hawks and Los Angeles Lakers meet Sunday in NBA action at the Staples Center.

The Los Angeles Lakers haven't won a home game since late November, so laying chalk with them doesn't seem like a good play. The Hawks have also been covering a good deal of games despite their losses. However, the Lakers have done a better job of playing well against better comp, which is a sign there's potential with this group and that wins could be coming soon. The Lakers have also been a favorite just five times this season, which tells you just what oddmakers think of the Atlanta Hawks. The Lakers also got back Lonzo Ball recently, which obviously helps. There's much better options on the card for Sunday, but if forced to pick, I'd take the Lakers and the small line.