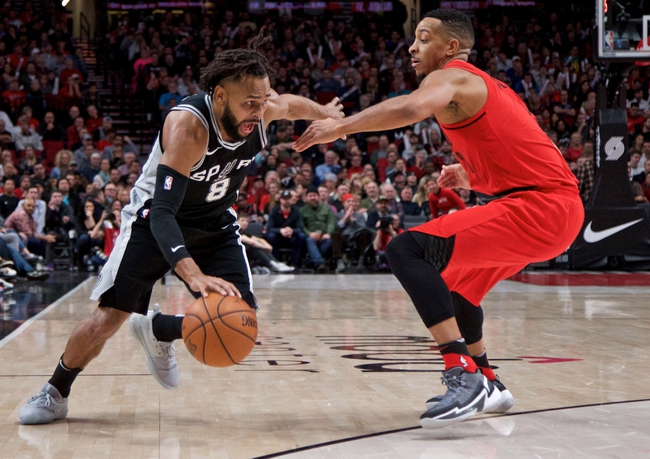 The Portland Trailblazers play host to the San Antonio Spurs at the Moda Center on Sunday night.

The San Antonio Spurs have won eight of their past 11 games and they will be looking to build on Friday’s 103-89 win over the Suns. Kawhi Leonard and Manu Ginobili led the team in scoring with 21 points each, Bryn Forbes added 16 points while Pau Gasol chipped in with 15 points. As a team, the Spurs shot 47 percent from the field and 11 of 30 from the three-point line but they really couldn’t gain any separation from the Suns until late in the second quarter to take a seven-point lead going into halftime. Ginobili provided the spark off the bench once again and David Bertans put the polish on the win with a couple of late threes as the Spurs blew out the Suns late in the fourth quarter to improve to 27-13 overall and 18-2 at home. LaMarcus Aldridge was rested for this game while Danny Green was out with an injury.

Meanwhile, the Portland Trailblazers have won four of their last six games and they will be looking to build on Friday’s 110-89 blowout win over the Hawks. CJ McCollum led the team with 20 points and six assists, Damian Lillard and Al-Farouq Aminu each scored 14 points while Ed Davis chipped in with 12 points off the bench. As a team, the Blazers shot 53 percent from the field while holding the Hawks to just 36 percent shooting as they dominated the second half by 58-42 to pull away from the Hawks after a tightly contested first half. With the easy win, Portland improved to 20-18 overall and 9-10 at home where they have won two straight.

These two teams last met on Dec 20 and it was the Spurs who won at Portland by 93-91 on the back of 22 points from Aldridge and 20 points from Gasol. Aldridge is expected to return after resting on Friday but you just don’t know if coach Popovich decides to rest someone else. However, even if the Spurs aren’t at full strength, I still like their chances against an inconsistent Blazers team who have only covered in six of their last 22 home games.