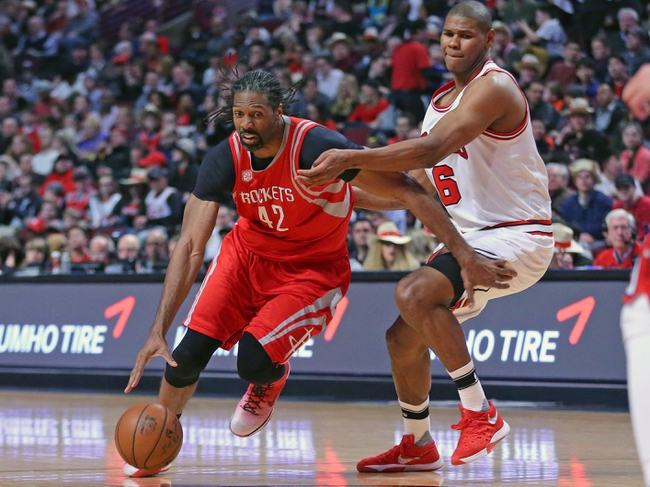 The Houston Rockets and the Chicago Bulls duke it out at the United Center on Monday night.

The Houston Rockets have lost seven of their last nine games and they will be hoping to avoid a third straight loss after Saturday’s 108-101 loss at Detroit. Chris Paul steered the offense with 16 points and 13 assists, while Trevor Ariza, Gerald Green and Eric Gordon each scored 15 points. As a team, the Rockets shot 42 percent from the field and just 15 of 47 from the three-point line couldn’t reclaim the lead after getting blown out by 31-19 in the third quarter. Once again, James Harden sat out with a hamstring injury and will be reevaluated in two weeks. With the loss, Houston drops to 27-11 overall and 13-5 on the road.

Meanwhile, the Chicago Bulls have lost four of their last five games and they really need a win after getting trounced by the Pacers in a 125-86 loss on Saturday. Bobby Portis led the team in scoring with just 15 points while Lauri Markkanen and Danzel Valentine each scored 13 points. As a team, the Bulls shot just 37 percent from the field as they came out flat and were left fighting a losing battle after getting outscored by 33-11 in the second quarter. The Bulls were playing on zero days rest as they had just beaten the Mavericks in a thriller on Friday. With the loss, Chicago fall to 14-26 overall and 5-16 on the road.

The Bulls have been struggling to win games lately but they’ve been close as three of last four losses have been by single digits. The Rockets are certainly going through their own issues as they’ve been struggling without Harden. You could make a case for either team here, but in these situations I usually stick with the more reliable team and that’s the Rockets with Paul leading the way.