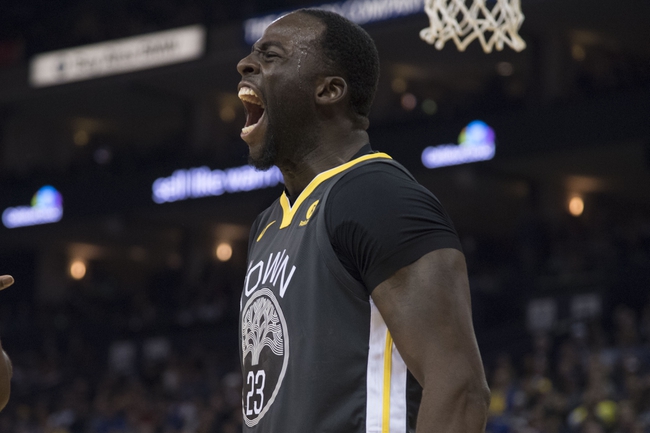 The Golden State Warriors play host to the Denver Nuggets at the Oracle Arena on Monday night.

The Denver Nuggets have won five of their last eight games but they will be looking to bounce back after falling to the Kings in a 106-98 road loss on Saturday. Trey Lyles led the team in scoring with 19 points off the bench, Jamal Murray added 18 points while Gary Harris and Will Barton each scored 17 points. As a team, the Nuggets shot 46 percent from the field and 13 of 34 form the three-point line but the key stat of the night was actually turnovers as the Nuggets committed a total of 25 which led to 40 points for the Kings. With the loss, Denver dropped to 21-18 overall and 7-14 on the road where they have lost two straight and three of their last five.

Meanwhile, the Golden State Warriors have won six of their last seven games and they will be gunning for a fifth straight win after cruising past the shorthanded Clippers in a 121-105 rout on Saturday. Stephen Curry exploded for a season-high 45 points in 30 minutes of action, Draymond Green added nine points with 12 rebounds and seven assists while JaVale McGee and Nick Young each chipped in with 11 points apiece. As a team, the Warriors shot just 41 percent from the field but they did most of their damage in the third quarter where they outscored the Clippers by 39-21 to put the game out of reach early. Klay Thompson struggled with his shot as he scored just 10 points on four of 16 shooting. With the win, Golden State improved to 32-8 overall and 17-3 on the road.

The Nuggets were on a bit of a roll but really got in their own way against the Kings as their turnovers just cost them the game. The Warriors have been doing just fine as they haven't missed since Kevin Durant went down with injury. The betting trends are in favor of the Nuggets who have covered in each of the last five meetings at the Oracle Arena but the Warriors have been so hot that I think they buck that trend in this one. Give me the Warriors blow this one out in three quarters before Curry sits in the fourth.