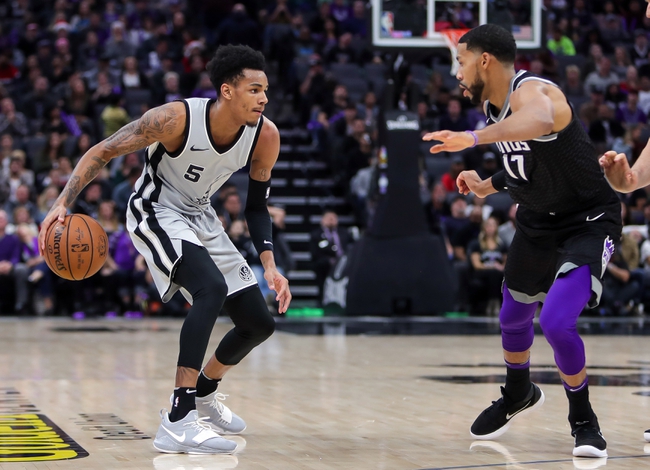 The San Antonio Spurs and Sacramento Kings meet Monday in NBA action at the Golden 1 Center.

Both of these clubs are banged up, especially the Spurs, who are already an old team and on the end of a back to back. However, the Kings aren't exactly covering games as an underdog, and you don't see the Spurs lose back to back games often. So, if I had to pick this game, I'd take the Spurs and the reasonable chalk. The Spurs usually bounce back after a loss.