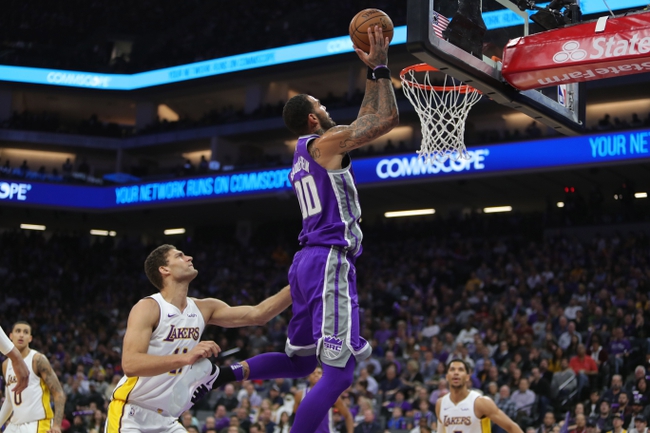 The Sacramento Kings and Los Angeles Lakers meet Tuesday in NBA action at the Staples Center.

The Sacramento Kings beat the Lakers when they met back in November, and they've won eight of the last 10 meetings overall. I know the Kings are on the end of a back to back, but that shouldn't matter much when you have such a young team. I'm simply not laying this much chalk with the Lakers, who haven't won back to back games in a month and aren't better at home. The Lakers are being outscored by 4.1 points at home this season and 11.2 points in their last five games overall. Give me the points.