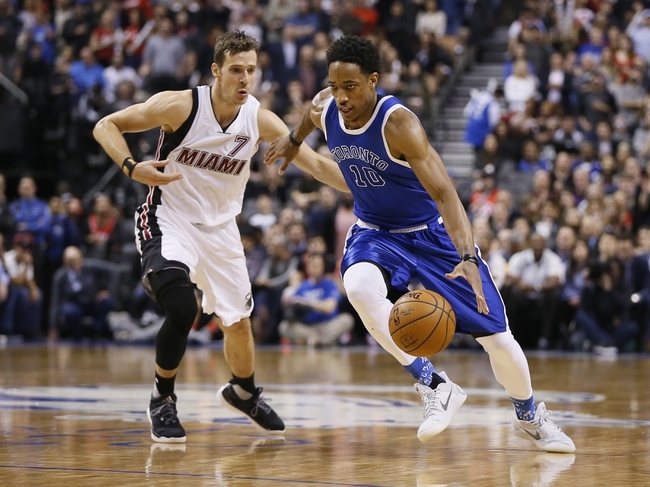 The Miami Heat and Toronto Raptors meet Tuesday in NBA action at the Air Canada Centre.

This is a lot of points to give a Miami Heat squad that's rested, playing well and is catching the Toronto Raptors on the end of a back to back that included overtime in Brooklyn. There's also a good chance Lowry won't play in this game after having to be carried off the court with a possible back injury. The Raptors have been covering machines recently, but based on what happened Monday and with likely no Lowry, the value is with the Heat and the points.