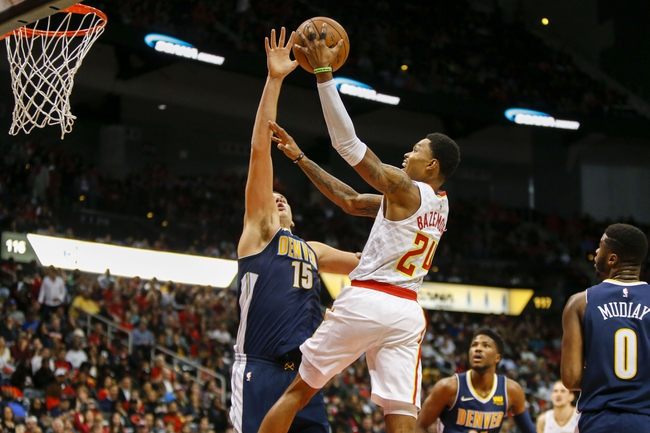 The Atlanta Hawks invade the Pepsi Center to take on the Denver Nuggets on Wednesday night.

The Atlanta Hawks have lost 11 of their last 15 games and they will be hoping to snap a four-game skid after falling to the Clippers in a 108-107 road loss on Monday. Taurean Prince led the team in scoring with 20 points on eight of 16 shooting, Dennis Schroder added 18 points while Kent Bazemore chipped in with 13 points with four assists and five steals. As a team, the Hawks shot 39 percent from the field and 10 of 37 from the three-point line as they battled with the Clippers for the entire game to take a two-point lead with 23 seconds left on the clock until the Clippers’ CJ Williams spoiled the party with a clutch three-pointer with just nine seconds left in the game. With the loss, Atlanta dropped to 10-30 on the season and 3-19 on the road where they haven’t won a game since Dec 2.

Meanwhile, the Denver Nuggets have lost four of their last six games and they will be hoping to avoid a third straight defeat after falling to the Warriors in a 124-114 loss on Monday. Nikola Jokic led the team with a triple-double of 22 points, with 12 rebounds and 11 assists, Gary Harris added 22 points while Jamal Murray and Trey Lyles each scored 21 points. As a team, the Nuggets shot 49 percent from the field and eight of 19 from the three-point line but there was no stopping the Warriors who shot a healthy 56 percent from the field led by 32 points and nine assists from Stephen Curry. With the loss, Denver dropped to 21-19 overall and 7-15 on the road where they have now lost three straight.

The Hawks have easily been one of the worst teams in the league this season but they were so close to beating the Clippers in their last outing. The Nuggets haven’t really been much better but they have covered in nine of their last 12 home games which is noteworthy. I like the Nuggets to bounce back with a home win here, but I think this is still too many points to be giving the Hawks who have covered in 11 of their last 17 games overall, so I’m taking the Hawks with the bunch of points.