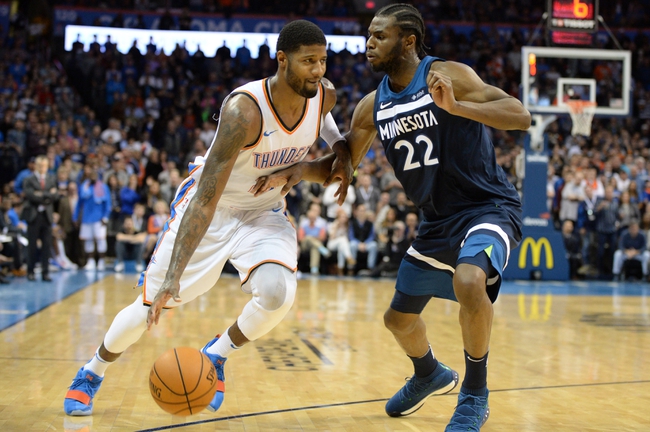 The Oklahoma City Thunder and Minnesota Timberwolves meet Wednesday in NBA action at the Target Center.

After being let down time and time again, I'm slowly starting to come around to these Minnesota Timberwolves, as they're playing consistent and confident basketball, which includes outscoring teams by 11.2 points in their last five games. The Oklahoma City Thunder continue to be the toughest team to figure out, as one second they look like they're jelling, and the next game they completely looked lost and crap the bed, like last night. I'll gladly take the Timberwolves and the small line, as OKC is unbackable right now.