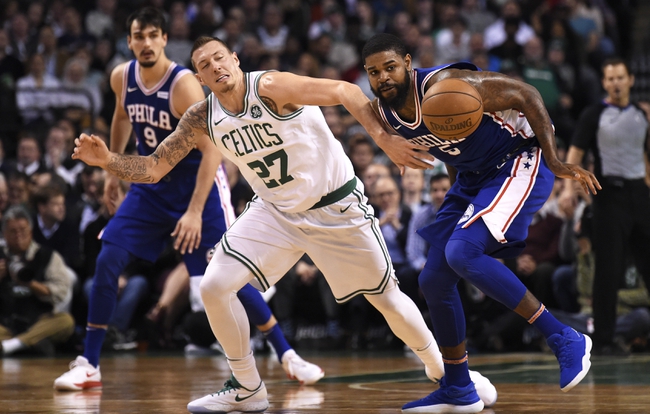 The Boston Celtics and Philadelphia 76ers meet Thursday in NBA action at the O2 ARENA.

It's always tough to pick games that are played overseas, as the travel and the events the players are going through can impact guys in different ways. This isn't a normal basketball game where you fly to another city and play just another game out of 82. It's a ton of miles and guys have responsibilities out there to help promote the league. Things like that matter and sometimes lead to weird results. With that said, I'm not sure how anybody can pick against the Boston Celtics and the small line considering they continue to be one of the more consistent teams in the league and are allowing just 36.7 percent shooting in their last five games. Unreal defense. The Celtics have also won nine of the last 10 meetings against the 76ers, including twice this season. I'll lay the bucket with the better team.