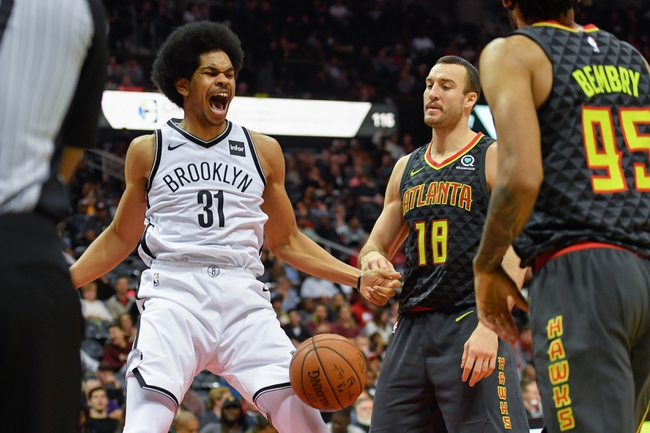 The Brooklyn Nets pay a visit to the Atlanta Hawks at the Philips Arena on Friday night.

The Brooklyn Nets have lost seven of their last 10 games and they will be hoping to snap a three-game skid after falling to the Pistons in a 114-80 blowout on Wednesday. Allen Crabbe led the team with 20 points on seven of 11 shooting, Rondae Hollis-Jefferson added 15 points while Caris LeVert chipped in with 12 points off the bench. As a team, the Nets shot just 36 percent from the field and 12 of 37 from the three-point line but the Nets never really found their footing against the Pistons who shot 51 percent from the field led by 22 points each from Tobias Harris and Andre Drummond. With the loss, Brooklyn fell to 15-26 overall and 9-13 at home.

Meanwhile, the Atlanta Hawks have lost five of their last seven games but they will be looking to build on Wednesday’s 110-97 road win over the Nuggets to snap an ugly 10-game road skid. Dennis Schroder led the team with 19 points and 10 assists, Taurean Prince added 16 points while Kent Bazemore chipped in with 14 points. As a team, the Hawks shot a healthy 50 percent from the field and 12 of 27 from the three-point line while holding the Nuggets to just 40 percent shooting in one of their best performances of the season. With the win, Atlanta snapped a four-game skid to improve to 11-30 overall and 4-19 on the road.

I really don’t remember the last time the Hawks were favorites in the betting markets, but they’re slowly starting to show signs of improvement while the Nets seem to be on the decline. This is certainly one of those games I’d rather stay away from, but if I had to pick, I’d side with the Hawks to finish with the win and cover at home.