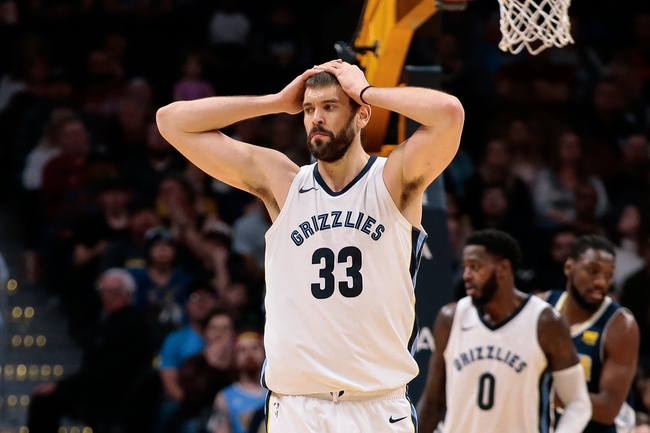 The Memphis Grizzlies and the Denver Nuggets do battle at the Pepsi Center on Friday night.

The Memphis Grizzlies have split their last six games but they will be looking to build on Wednesday’s 105-102 home win over the Pelicans. Tyreke Evans led the team with 28 points on 10 of 24 shooting, Marc Gasol added 21 points, 10 rebounds and seven assists while JaMychal Green chipped in with 20 points and 14 rebounds. As a team, the Grizzles shot 42 percent from the field and five of 19 from the three-point line but this win was all about their defense, particularly in a decisive third quarter where they outscored the Pelicans by 17-9. With the impressive win, Memphis improved to 13-27 overall and 8-13 at home.

Meanwhile, the Denver Nuggets have lost five of their last seven games and they will be hoping to snap a three-game skid after losing to the Hawks in a 110-97 home loss on Wednesday. Gary Harris led the team with 25 points on 11 of 14 shooting, Will barton added 15 points off the bench while Jamal Murray chipped in with 13 points. As a team, the Nuggets shot just 40 percent from the field and nine of 37 from the three-point line while allowing the struggling Hawks to shoot a healthy 50 percent from the field. Nikola Jokic was particularly cold as he scored just nine points on four of 21 shooting, but the bottom line was that the Nuggets thought they could just show up against the Hawks and that would be enough, but they learned a hard lesson as they got rolled in their own building. With the loss, Denver dropped to 21-20 overall and 14-5 at home.

The Nuggets will surely come out firing, looking to make amends for their poor showing in their last home game. The Grizzlies are slowly improving and they looked great in their win over the Pelicans on Wednesday. These two squads last met on Nov 24 and it was the Nuggets who won at home by 104-92 behind 28 points from Jokic. However, the road has covered in five of the last six meetings and I like that trend to continue in this one as the Grizzlies keep this one close.