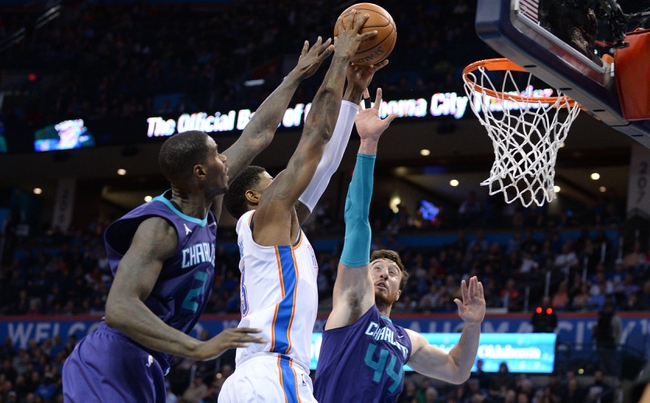 The Oklahoma City Thunder and Charlotte Hornets meet Saturday in NBA action at the Spectrum Center.

I'm trying my best to stay away from the Oklahoma City Thunder, as they're one of the tougher teams in the league to figure out. Right when you think OKC is ready to turn the corner and string some wins together, they lay an egg. However, the Charlotte Hornets are not a good basketball team, and playing on the end of a back to back makes things worse in my eyes. This is a game OKC should run away with, but of course, we've said that in the past. Either way, it's the Thunder or pass for me.