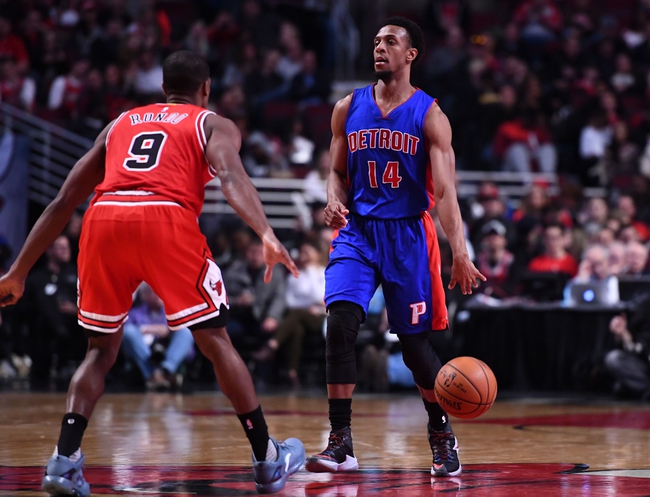 The Chicago Bulls play host to the Detroit Pistons at the United Center on Saturday night.

The Detroit Pistons have lost four of their last six games but they will be feeling pretty good after destroying the Nets in a 114-80 blowout win on Wednesday. Tobias Harris led the team with 22 points on 10 of 14 shooting, Andre Drummond racked up 22 points with 20 rebounds and five assists while Dwight Buycks chipped in with 17 points off the bench. As a team, the Pistons shot a healthy 51 percent from the field and 10 of 21 from the three-point line as they dominated the Nets from the tipoff, jumping out to a 63-41 lead at halftime to put the game away early. With the win, Detroit improved to 22-18 overall and 9-13 on the road where they snapped a four-game skid.

Meanwhile, the Chicago Bulls have lost five of their last seven games but they were able to avoid a third straight defeat with a 122-119 double overtime win at New York on Wednesday. Lauri Markkanen drained eight treys on his way to 33 points on 10 of 22 shooting, Danzel Valentine and Robin Lopez each scored 20 points while Justin Holiday chipped in with 16 points. As a team, the Bulls shot 46 percent from the field and 15 of 33 from the three-point line but neither team could really gain any separation until the final minute in the second overtime period where the Bulls scored six points to finish on top. With the win, Chicago improved to 15-27 on the season and 6-16 on the road.

The Bulls were one of the surprise teams of the league for a little while there, but they've really cooled off lately and you could probably say the same thing about the Pistons. This one is a real coin flip and in these situations, I usually go for the home team, but the Pistons looked great in their last outing and I don't see why they can't keep things rolling with another win, especially since they've covered in eight of the last 11 meetings against the Bulls.