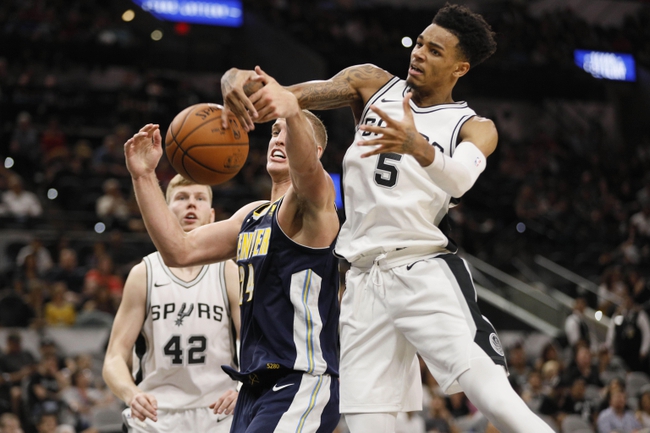 The Denver Nuggets and San Antonio Spurs meet Saturday in NBA action at the AT&T Center.

I'm not trying to lay big chalk with a Spurs team that's banged up and finding ways to lose games they probably sholdn't lose. The Denver Nuggets have improved their play on the road recently and are becoming that playoff contender in the West everybody expected to see this season. This just feels like too many points for a Spurs team that has so many lineup issues right now.