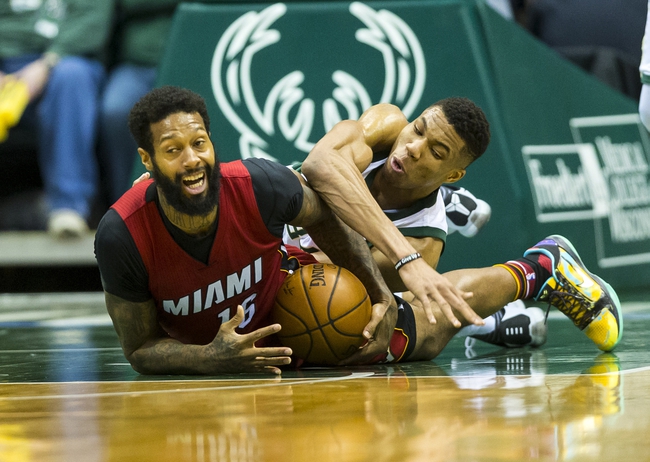 The Milwaukee Bucks and Miami Heat meet Sunday in NBA action at the American Airlines Arena.

The Milwaukee Bucks haven't been good on the road this season, as they've lost six of their last eight and are being outscored by 1.6 points overall. The Miami Heat have quietly been one of the hotter teams in the league recently, as they haven't lost yet in the new year and are playing with the type of confidence that inspired a 30-11 run in the second half last season. The Heat could very well be a team to watch for down the stretch. I'll lay the bucket here.