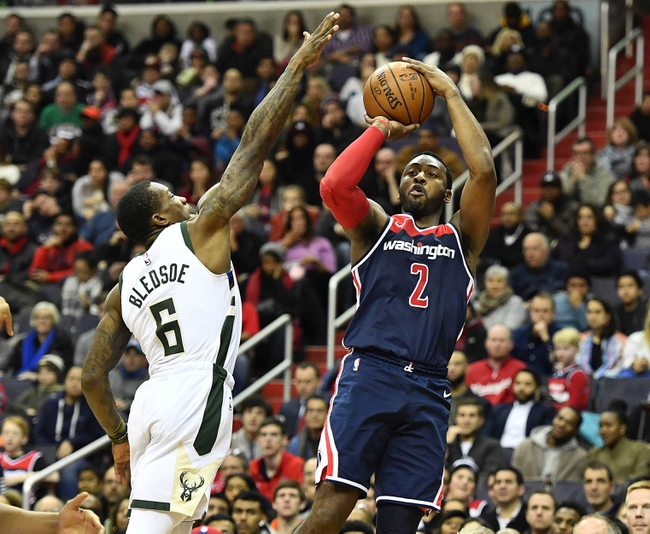 The Milwaukee Bucks and Washington Wizards meet Monday in NBA action at the Capital One Arena.

The Milwaukee Bucks continue to stink up the joint on the road as of late, and they're on the end of a back to back, having to travel from Miami to Washington and play an early game. The Washington Wizards continue to play their best ball on their home court where they're outscoring teams by 5.8 points this season. The Wizards have done nothing against the number lately, but you have to like them against a Bucks squad that stinks on the road and played yesterday. I'll eat the reasonable chalk.