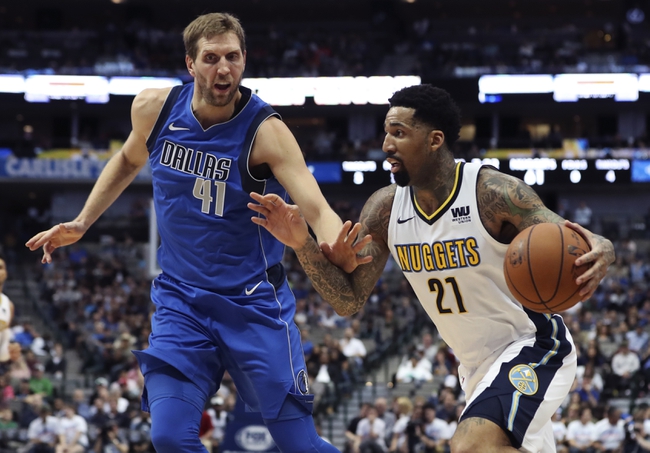 The Denver Nuggets play host to the Dallas Mavericks at the Pepsi Center on Tuesday night.

The Dallas Mavericks have won six of their last 10 games and they were aiming for a third straight win before losing to the Lakers by 107-101 in overtime on Saturday. Dennis Smith Jr. led the team with 23 points, Harrison Barnes and Wesley Matthews each scored 17 points while Dwight Powell chipped in with 13 points off the bench. As a team, the Mavericks shot just 37 percent from the field and 11 of 43 from the three-point line which was still good enough to hang with the young Lakers as they made 22 free throws to keep the scoreboard ticking over. However, when it came to overtime, the Mavericks managed just two points in the final3:25. With the win, Dallas dropped to 15-29 overall and 9-15 at home where they have lost four of their last five.

Meanwhile, the Denver Nuggets are in a bit of a slump as they’ve lost four of their last five games after getting blown out at San Antonio by 112-80 on Saturday. Nikola Jokic led the team with 23 points, nine rebounds and seven assists while Gary Harris added 18 points but no other player finished in double figures. As a team, the Nuggets shot a miserable 35 percent from the field and seven of 28 from the three-point line but they were always fighting an uphill battle after falling behind by 16 points in the first quarter. The Nuggets just had no way of keeping up with the Spurs’ superior ball movement in the first quarter and things just went from bad to worse in the fourth quarter where they were outscored by 30-11. With the loss, Denver dropped to 22-21 overall and 7-16 on the road where they have lost four in a row.

The Nuggets have certainly been struggling to win lately, but not at home where they’ve won 15 of 20 games to this point. However, the Mavericks have been in pretty good form lately and they’ve already beaten the Nuggets back on Dec 4 in an easy 122-105 home win so I think the value is certainly with the Mavericks and the points in a game they could easily win.