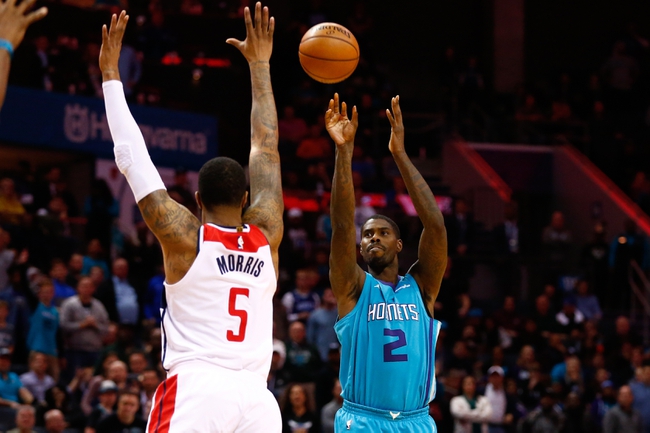 The Washington Wizards and the Charlotte Hornets duke it out at the Spectrum Center on Wednesday night.

The Washington Wizards have been in solid form as they've won six of their past nine games, but they will be looking to bounce back after falling to the Bucks in a 104-95 home loss on Monday. John Wall led the team with 27 points and nine assists but shot just seven of 22 from the field, while Bradley Beal and Kelly Oubre Jr. each scored 19 points apiece. However, no other Wizards player finished in double figures as the Wizards shot just 42 percent from the field and six of 21 from the three-point line while allowing the Bucks to shoot 47 percent from the field and 50 percent from the three-point line. Like the rest of the league, the Wizards had problems matching up with the Bucks' Giannis Antetokounmpo who scorched them for 27 points and 20 rebounds. With the loss, Washington dropped to 25-19 overall and 15-9 at home where they had won two straight before Monday.

Meanwhile, the Charlotte Hornets have won four of their last six games and they will be feeling pretty good after taking down the Pistons in a 118-107 road win on Monday. Kemba Walker steered the offense with 20 points and nine assists, but it was a real balanced scoring effort as five more players finished in double figures. Marvin Williams and Dwight Howard each scored 21 points while Nicolas Batum chipped in with 14 points and five assists. As a team, the Hornets shot 51 percent from the field and 10 of 22 from the three-point line as they dominated the second half by 68-51 to run away with the impressive win against a tough Pistons team. With the win, Charlotte improved to 17-25 overall and 6-13 on the road.

These two teams last met on Nov 22 and it was the Hornets who won by 129-124 in overtime. John Wall had a monster game of 31 points and 11 assists in that game but it wasn't enough to get past the Hornets who had three players finish with 24 points or more. Both teams have been in similar form so this shapes to be another close one, so I'm going with the Hornets to escape with the narrow win at home in what is basically a coin flip of a game.