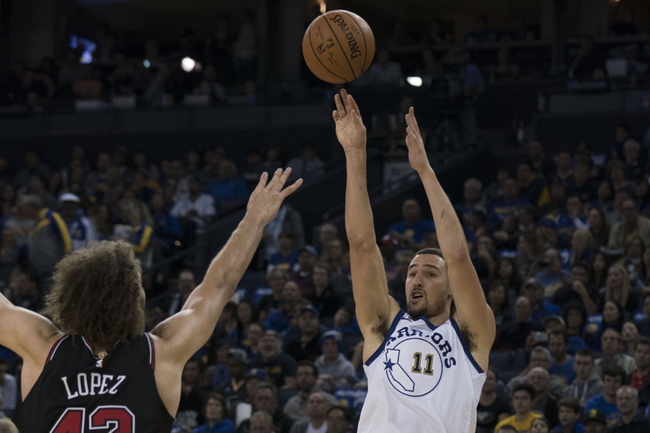 The Golden State Warriors and Chicago Bulls meet Wednesday in NBA action at the United Center.

The Golden State Warriors are coming off an emotional game against the Cleveland Cavaliers in which everybody took it seriously to make a statement to their finals rivals. This game is also right before the Warriors meet another threat to their throne in the Houston Rockets. Possible trap game for the defending champs. There's also the fact the Chicago Bulls are as healthy as they've been all season, and they've done nothing but cover numbers at an incredible clip the last several weeks. The Warriors are also just 9-11 ATS this season when a double-digit favorite. Give me the points.