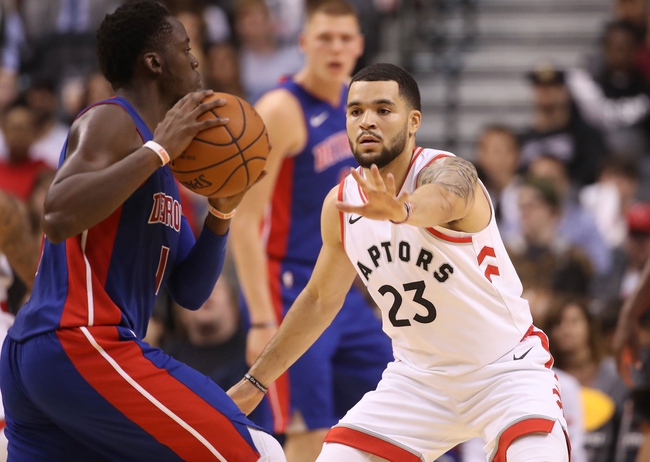 The Detroit Pistons and the Toronto Raptors do battle at the Air Canada Centre on Wednesday night.

The Detroit Pistons have been in a bit of a slump as they've lost five of their last seven games and they will be hoping to snap a two-game skid after falling to the Hornets in a 118-107 home loss on Monday. Tobias Harris and Reggie Bullock each scored 20 points apiece, Ish Smith added 19 points with 10 assists while Anthony Tolliver chipped in with 17 points off the bench. As a team, the Pistons shot 49 percent from the field and 15 of 29 from the three-point line but it still wasn't enough to get past the Hornets as they just couldn't keep up in the second half where they were outscored by 68-51 after taking a six-point lead going into halftime. Andre Drummond was a non-factor as he finished with just three points on one of seven shooting so he'll look to bounce back. With the loss, Detroit fell to 22-20 on the season and 13-6 at home where they had won five straight before Monday.

Meanwhile, the Toronto Raptors have really cooled off since their five-game win streak as they've now lost three of their last four after falling to the 76ers by 117-111 on Monday. DeMar DeRozan led hte team with 24 points and five assists, Dorrell Wright provided the spark off the bench with 20 points but Kyle Lowry had just 13 points on three of 16 shooting. As a team, the Raptors shot 40 percent from the field and nine of 32 from the three-point line but they just left themselves too much ground to make up after falling behind by as many as 21 points. With the loss, Toronto dropped to 29-13 overall and 14-10 on the road where they were riding a three-game win streak before their loss on Monday.