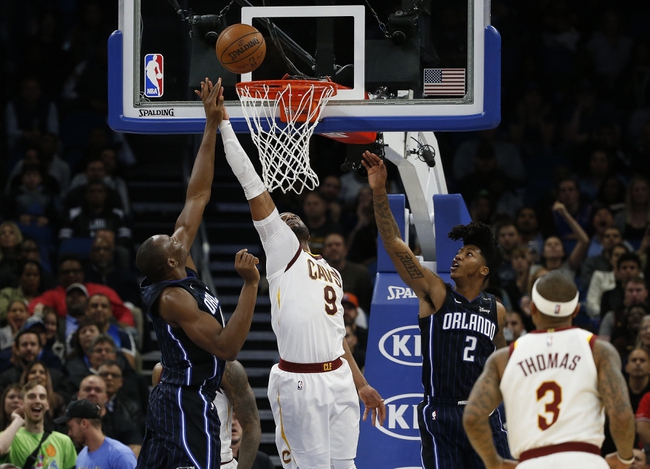 The Orlando Magic and Cleveland Cavaliers meet Thursday in NBA action at the Quicken Loans Arena.

I'm not laying this type of chalk with a Cavs team that's falling apart quickly, but I'm not backing a Magic team that's been just as awful and can't cover a road game for anything. Instead, I'm playing the over. In the last five games for each of these of teams, they're allowing a combined 236.8 points. The Magic are allowing 51.4 percent shooting in their last five games and the Cavs are giving up 49.4 percent shooting. Expect some fireworks from two teams that can't play a lick of defense. Give me the over.