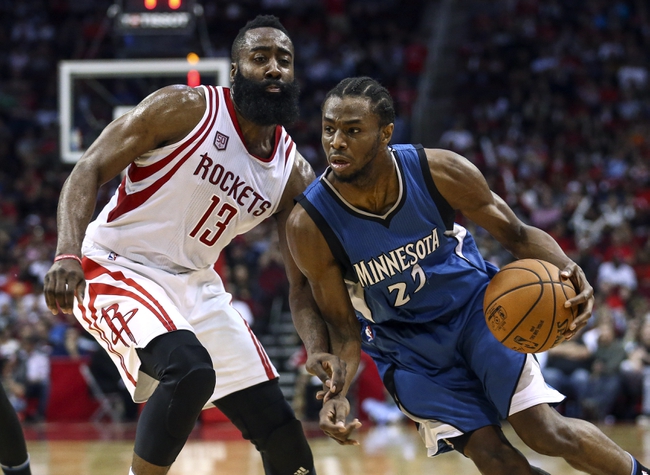 The Minnesota Timberwolves and Houston Rockets meet Thursday in NBA action at the Toyota Center.

The Minnesota Timberwolves are coming off a brutal loss to the Orlando Magic, and that may have been a lookahead game. Minnesota needs wins like this to prove it can hang with the big boys and should be taken seriously. The Rockets were already without Harden, but now they're missing depth with Ariza and Green suspended. The value is with the points in this game.