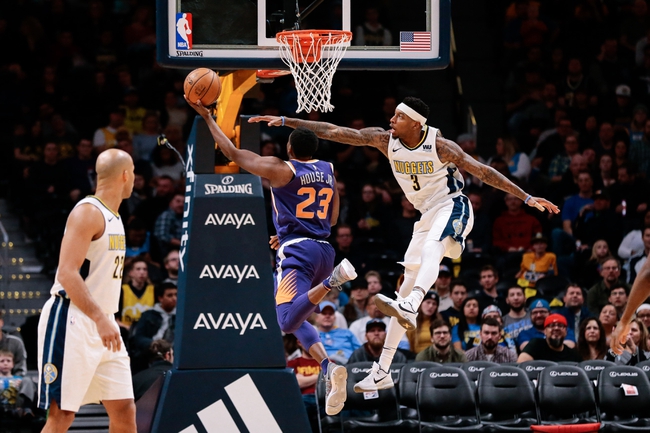 The Phoenix Suns and Denver Nuggets meet Friday in NBA action at the Pepsi Center.

The Denver Nuggets aren't playing well enough to be throwing numbers out there this large, especially against a Phoenix team that can score. The Nuggets are being outscored by 7.6 points in their last five games and are allowing 47.2 percent shooting during that stretch. You can say what you want about the Suns, but they put the ball in the hoop and compete. Give me the buckets as a fade from the Nuggets here.