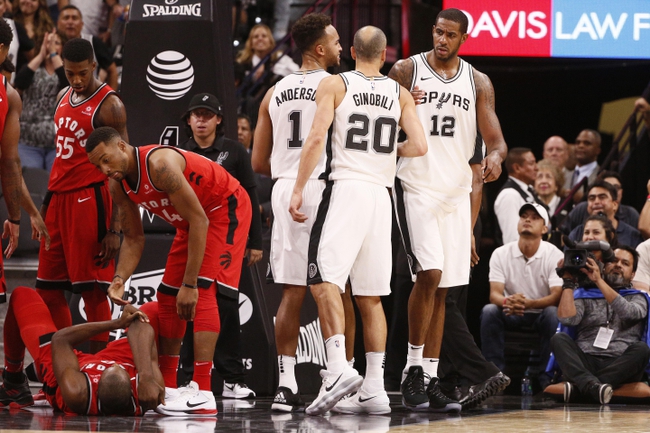 The San Antonio Spurs continue to look like an average team this season, especially on the road where they're being outscored by 1.6 points on the season. The injuries obviously aren't helping this squad that clearly lacks the depth. The Toronto Raptors are one of the best home teams in the league, and they're outscoring teams by 12 points on the season. The Raptors haven't beaten the Spurs since December of 2015, but this is a game where they should easily end that streak. The Spurs aren't good right now.