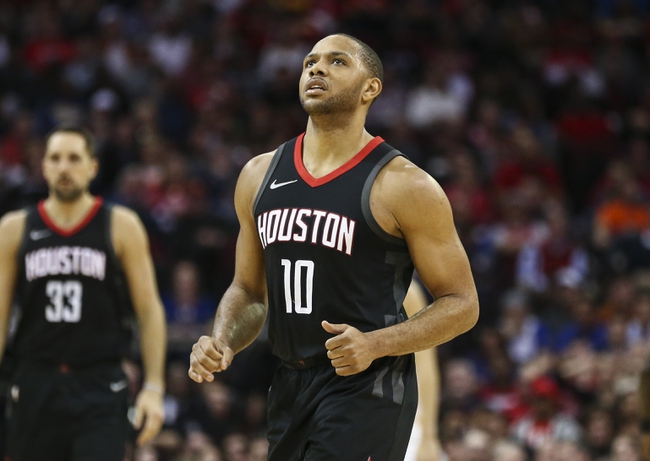 The Golden State Warriors and the Houston Rockets do battle at the Toyota Center on Saturday night.

The Golden State Warriors have won nine of their last 10 games and they will be gunning for a fifth straight victory after taking down the Bulls in a 119-112 road win on Wednesday. Klay Thompson drained seven treys on his way to 38 points on 12 of 22 shooting, Stephen Curry added 30 points while Kevin Durant finished with 19 points, eight rebounds and seven assists. As a team, the Warriors shot 50 percent from the field and 13 of 33 from the three-point line but they did most of their damage in the decisive third quarter where they dominated the Bulls by 32-12 to put the game out of reach early. With the win, Golden State improved to 37-9 overall and 21-3 on the road where they are riding a 14-game win streak.

Meanwhile, the Houston Rockets have won four of their last five games and they will be looking to build on their 116-98 home win over the Timberwolves on Thursday. Eric Gordon led the team in scoring with 30 points off the bench, Clint Capela added 20 points while Chris Paul steered the offense with 19 points and nine assists. As a team, the Rockets shot 47 percent from the field and 17 of 39 from the three-point line as they dominated the first half by 63-50 before cruising in the second half. James Harden returned from a seven-game absence but finished with just 10 points on three of 15 shooting in 26 minutes of action. With the win, Houston improved to 31-12 overall and 16-6 at home where they have won two straight.

These two squads have met twice this season with the road team winning on each occasion. The Warriors won back on Jan 4 by 124-114 behind a combined 57 points from Curry and Thompson. However, while Harden looked a bit rusty in his return from a seven-game absence, the Rockets are a dangerous team with Paul and Harden on the court together and I think there’s value with them and the points in this one as there's always the chance that coach Kerr might rest a starter.