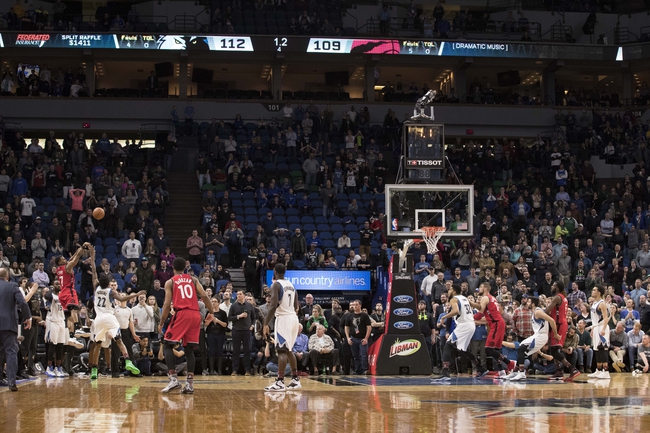 The Toronto Raptors and Minnesota Timberwolves meet Saturday in NBA action at the Target Arena.

The Minnesota Timberwolves have been a really good home team as of late, as it's where they found their groove and racked up all those recent victories. The Timberwolves are now outscoring teams by 6.5 points at home this season and have covered six straight. The Toronto Raptors have been one of the more consistent teams in the league and getting them with free points is tempting, but they are on the end of a back to back after a tough game with the Spurs. The home team has also won six of the last eight games between these two clubs. I'll take Minny and the small line.